A cinematic portrait of life at CamCare UK; ‘not-for-profit’ organisation and unforgettable experiences. 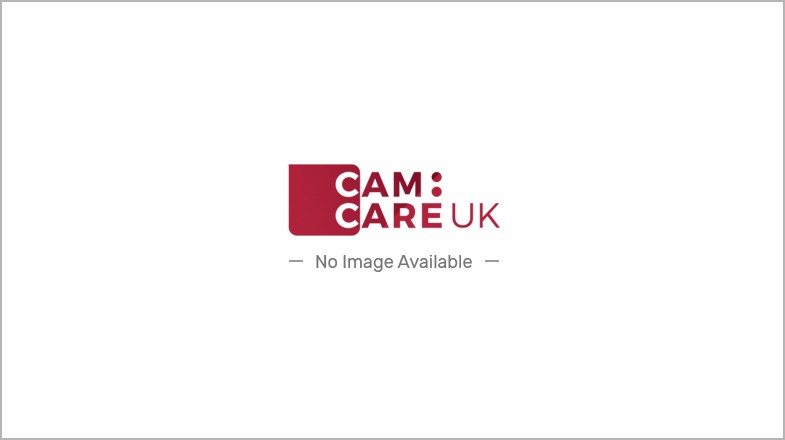 Heavy monsoon rain and flooding in Kerala, the southern state of India, had stranded thousands of people in the Flood relief camps and killed more 400 hundred people, it was the worst flooding the state had observed in 100 years.

CIC, alongside other local groups including CamCareUK, CIC, Cam Spice, Indradhanush, Nutrition2wellness, ICS - Cambridge, Cam Harmony and CCS, raised a total of £1625 from all fund raising initiatives including this event, a cake sale and an Indian stall at Cambourne Fete . The cash was transferred to Kerala Chief Minister’s Distaster Relief Fund.

Chief guest, Mark Howell, Councillor from South Cambridgeshire County Council, presided over the event and delivered a speech about the flood crisis in Kerala. He came along with his wife to express solidarity to the flood victims. Councillor Jeyur Patel and family were also present.

Cllr Bhattacharya said, "In the time of solidarity, people of Cambourne showed their high respect towards the humanity. Mrs Shireen Khaliq, who is originally from Pakistan, made a wonderful cake for India which was itself an example of the unification of people in Cambourne. This symbol of love is a big step towards the community."

Treasurer of the club, Vivish George, whose immediate family in Kerala was affected by the flood, also initiated a personal fund raising campaign to support relief camps in Kerala.

Shyney Sara Mathew, a member of the club, also raised £1,000 on a personal level to help flood victims. She arranged to supply clothes to relief camp members in Kerala.

Jakir Chowdhury of CamSpice also donated £100 towards the cause.

A homemade vegetarian meal with 26 dishes was the major highlight of the event. A raffle draw was also conducted. CIC would like to thank everyone who donated to this noble cause and supported various fund-raising initiatives. 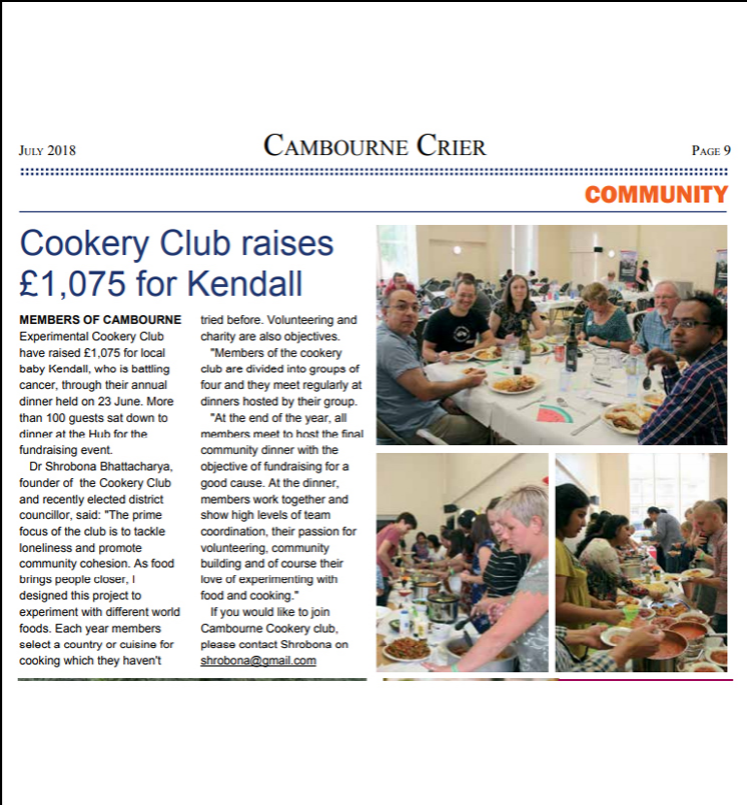 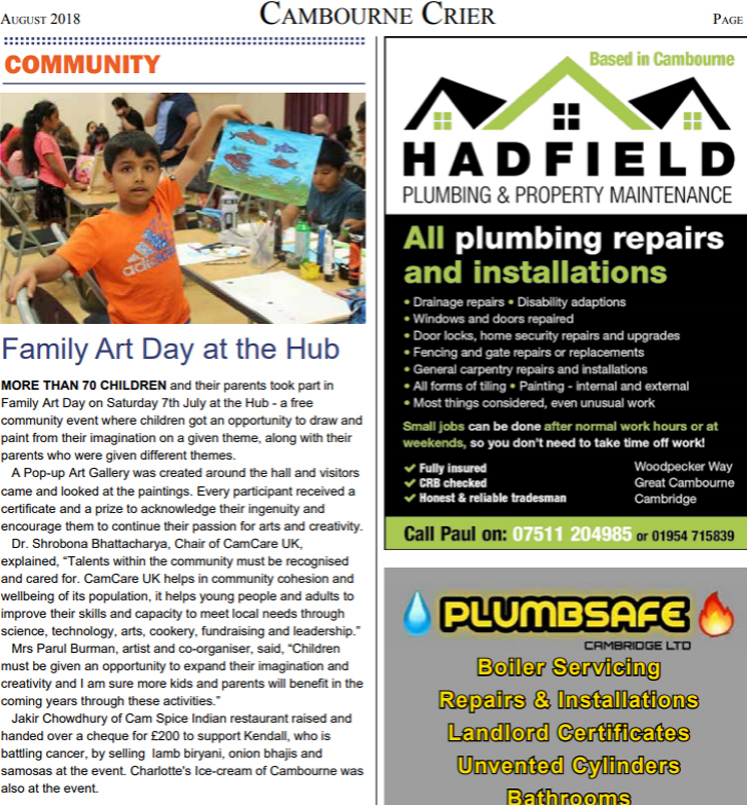 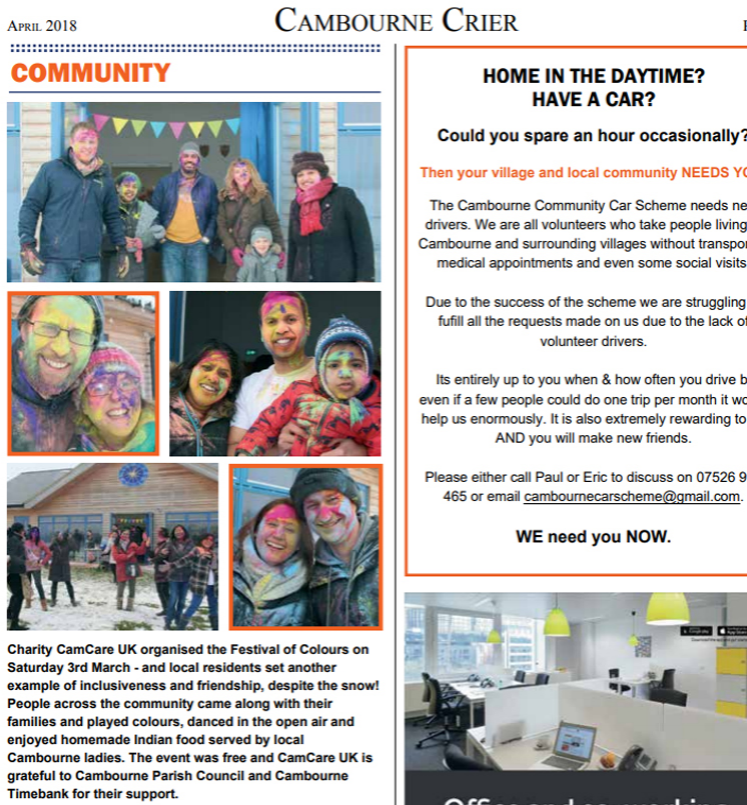 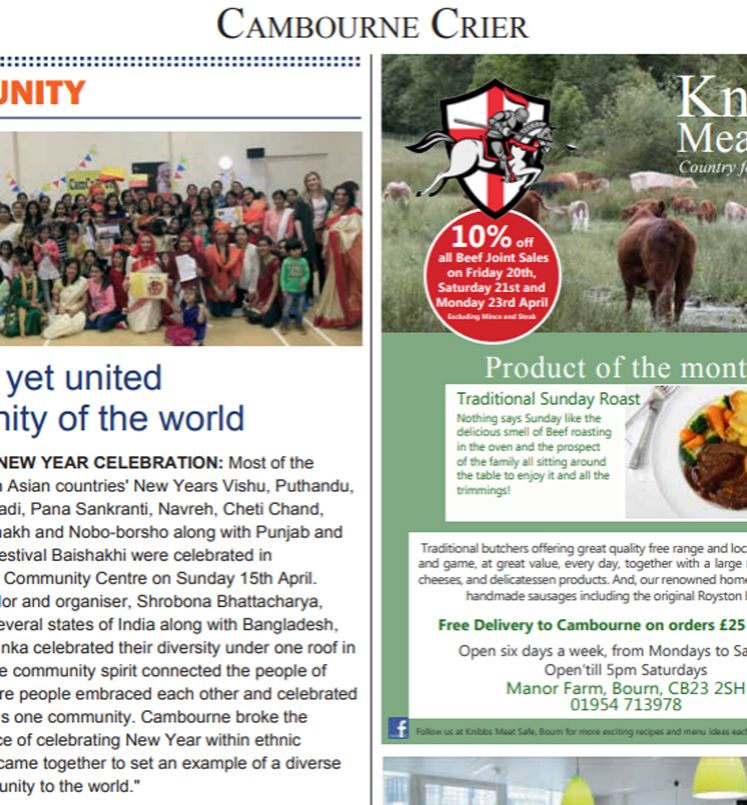 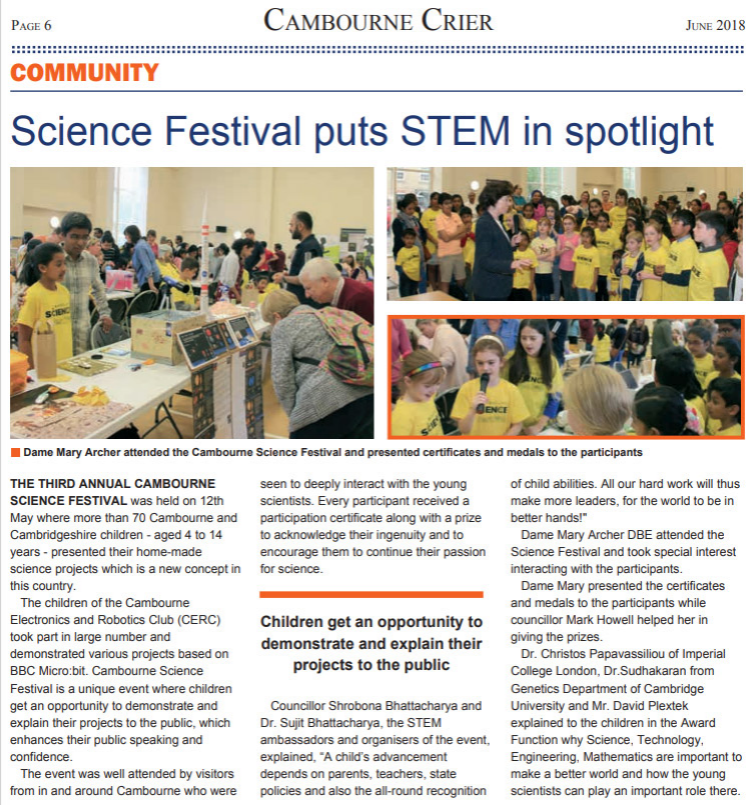 Get all our latest news
direct to your inbox.

Your information will be kept confidential,
and we will not send spam.